We were delighted when approached to design and creatively lead the UI graphics for Spectre. Vincent’s creative director John Hill has created UI graphics and VFX for many films over the past 15 years, including Prometheus, MI5 and Quantum of Solace, so we were very excited to be working on another Bond film.

We headed up the project over a 13 month period, from pre-production through post production, creating all the bespoke framework designs and operating systems for the film’s characters and sets. Our designs populated over 300 screens within the film, across 23 scenes, playing out key storytelling moments.

John worked closely with director Sam Mendes who wanted all the screen graphics to play back live in-camera, so much of our work had to be designed and tested before shooting to ensure the graphics would not only compliment the set designs and camera set ups, but also work as fully interactive props.

We spent a great deal of time referencing the interception and collation of meta data used by today’s global tech giants and intelligence agencies, together with detailed research into the emerging field of nanotechnology. This information provided us with a good design rationale and credible premise to build upon when creating the technology for Oberhauser’s Lair, CNS and Q’s workshop.

To realise Q’s digital world of MI6 systems & 007 gadgets, we designed a bespoke modular operating system that would compliment Q’s prodigious mind. Contrasting this was the dark world of Oberhauser’s Lair, designed to monitor vast amounts of global news and data traffic. We designed these analytical graphics in rows to compliment the long lines of workstations, tailoring enough variety to populate all the 120+ monitors. Whilst working onset, alongside Chris McBride supervising playback, John continued to develop ideas and animations as and when Sam required, pushing the creative process further as the production evolved. Following production, we directed the additional post production work on over 80 screens, including all laptops and smart phones used throughout the film. 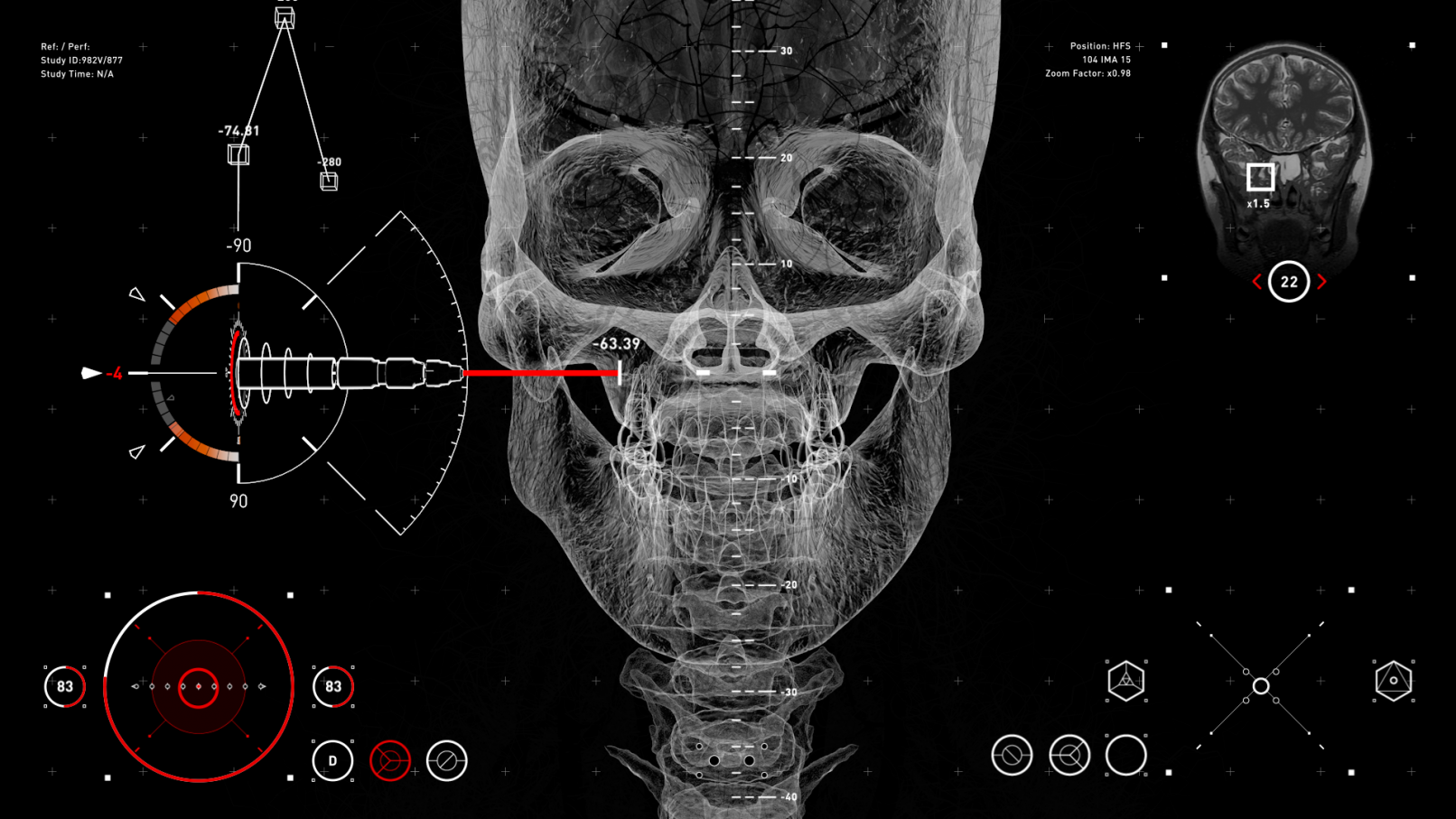 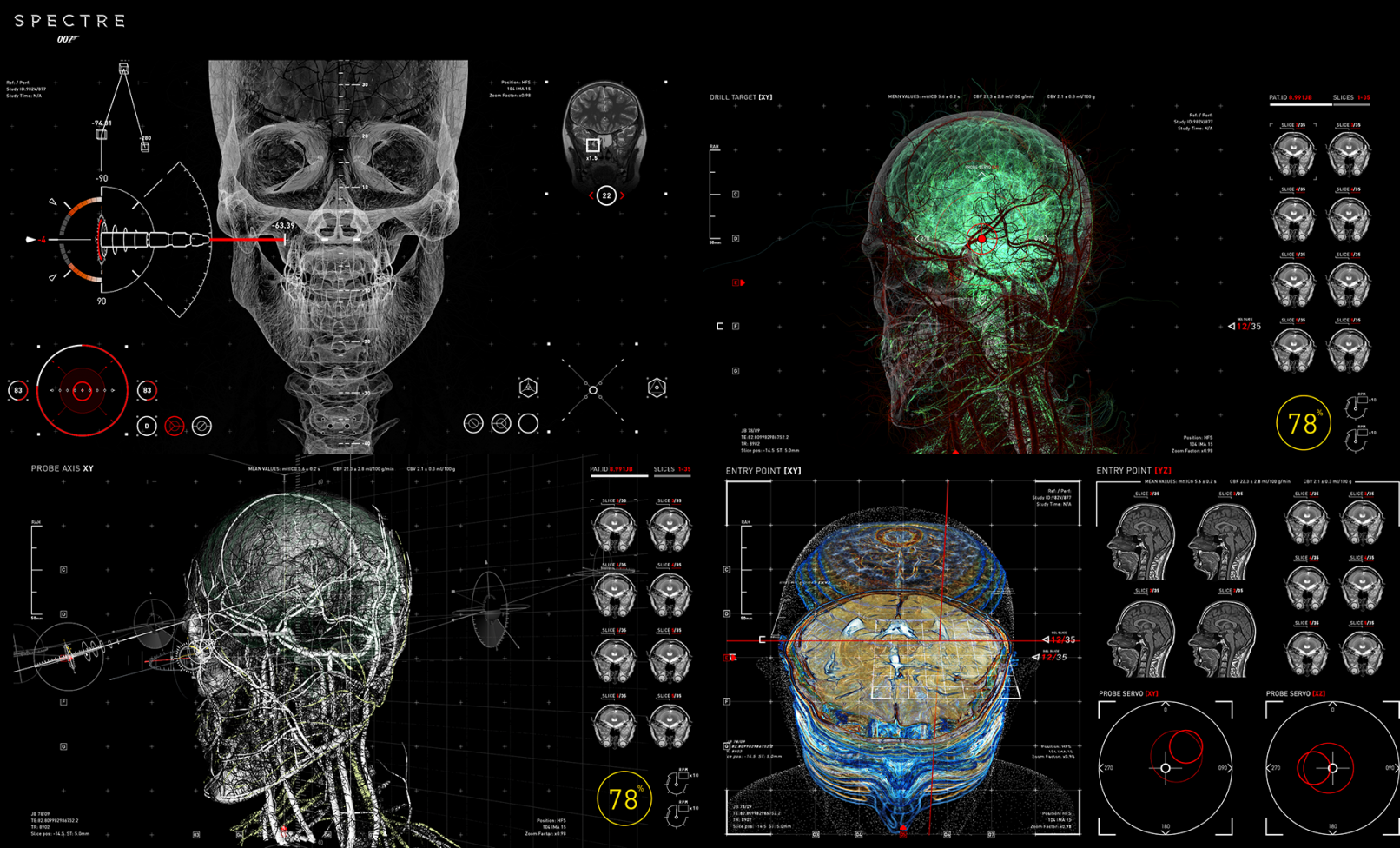 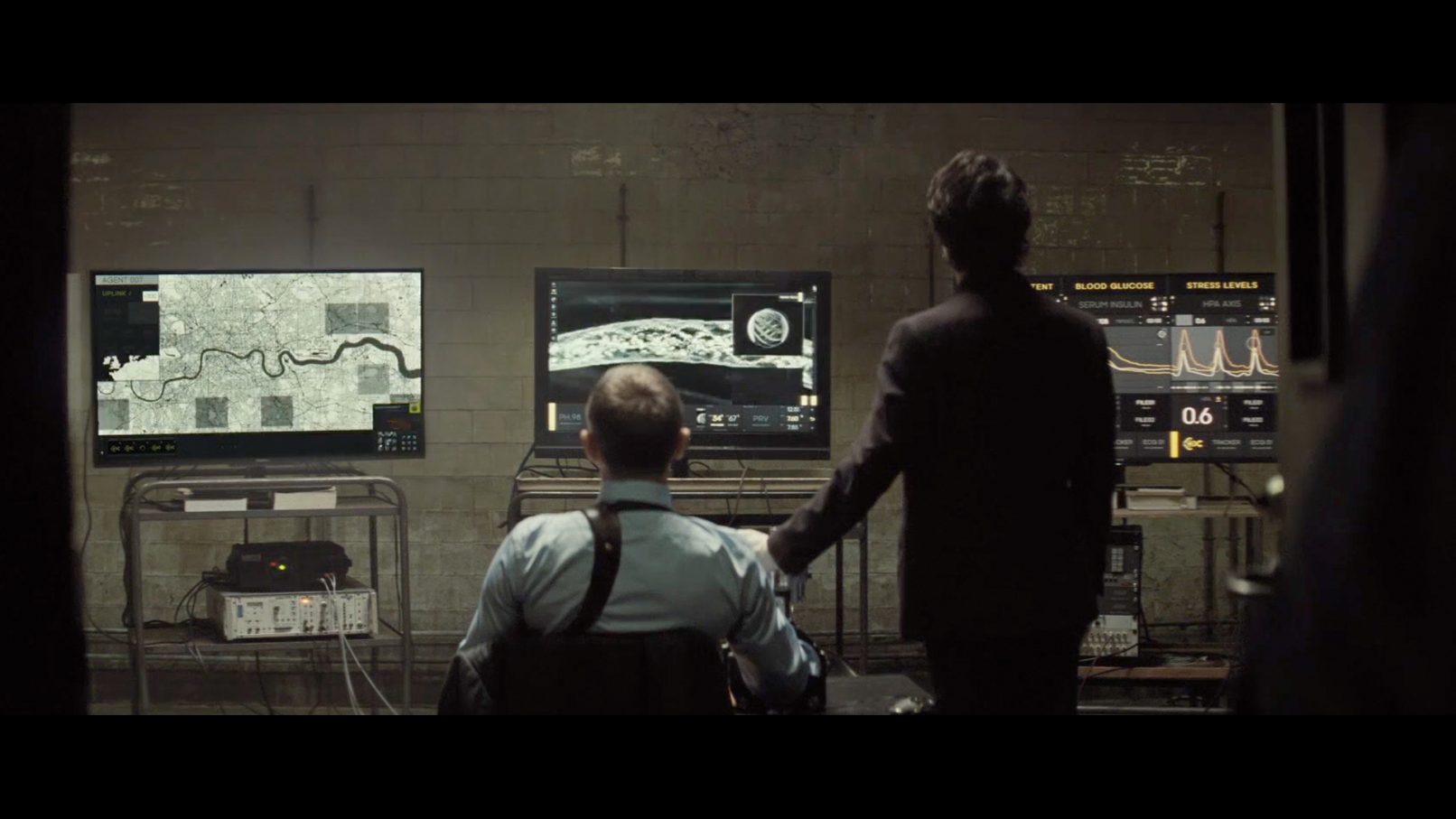 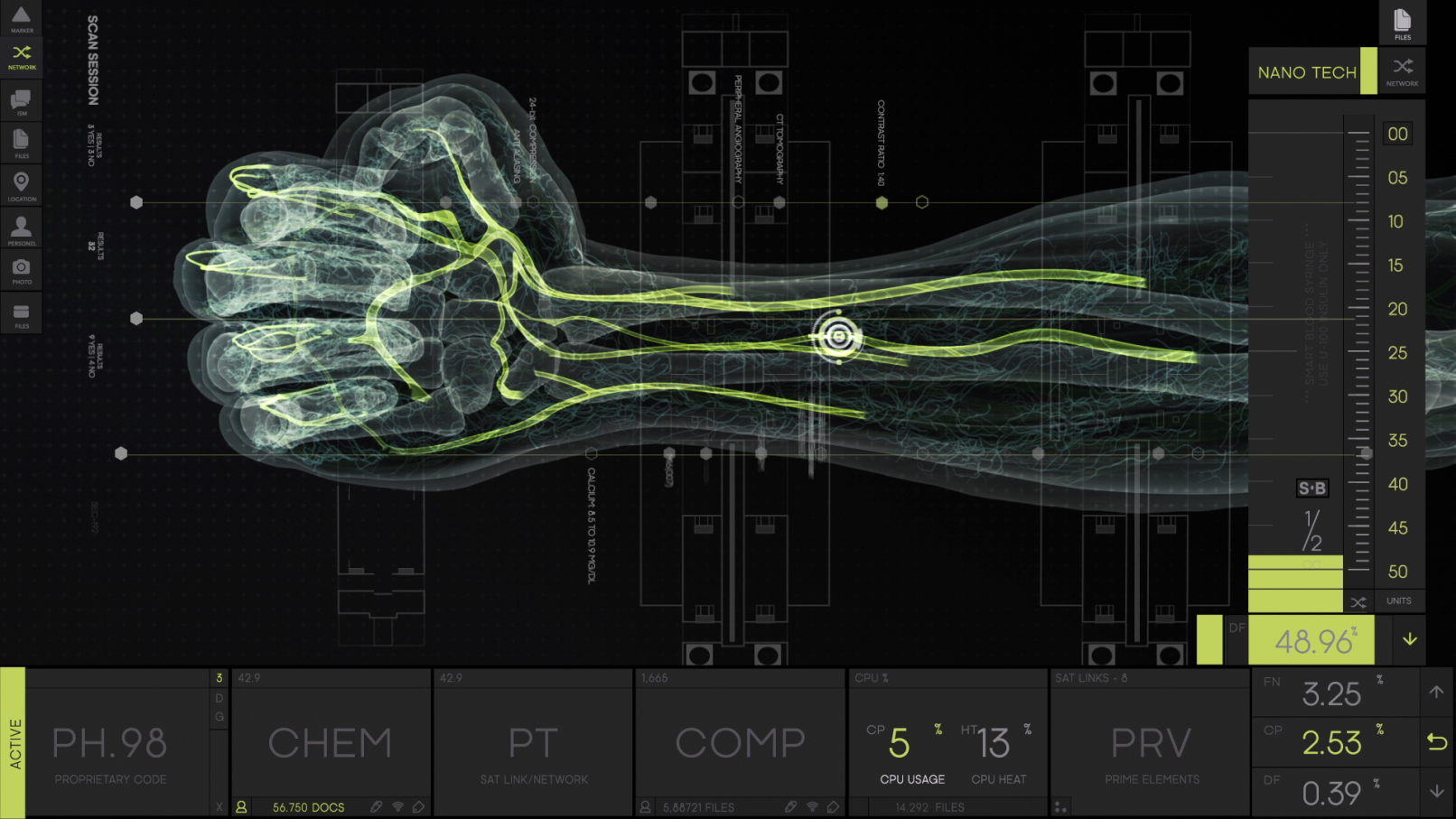 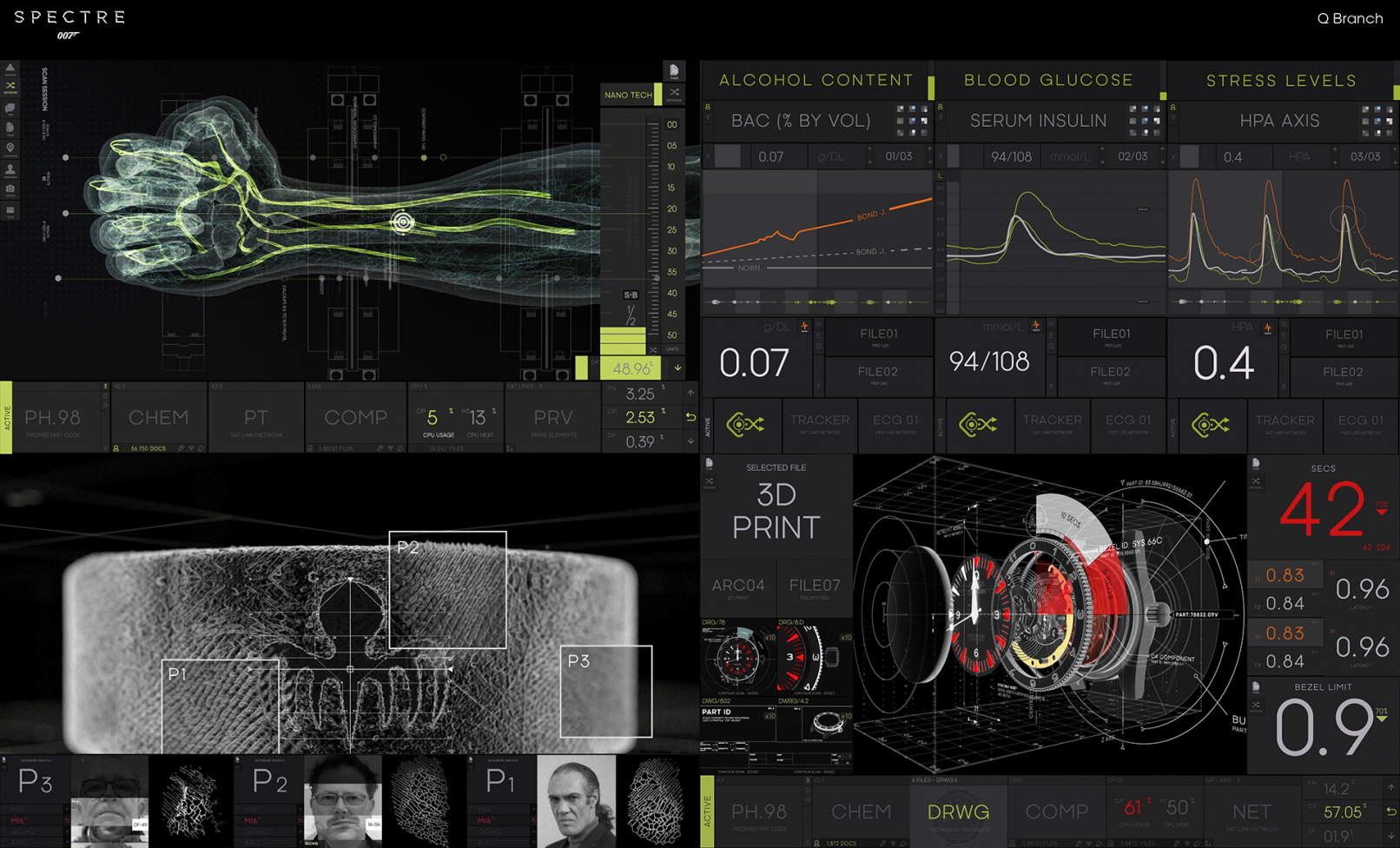 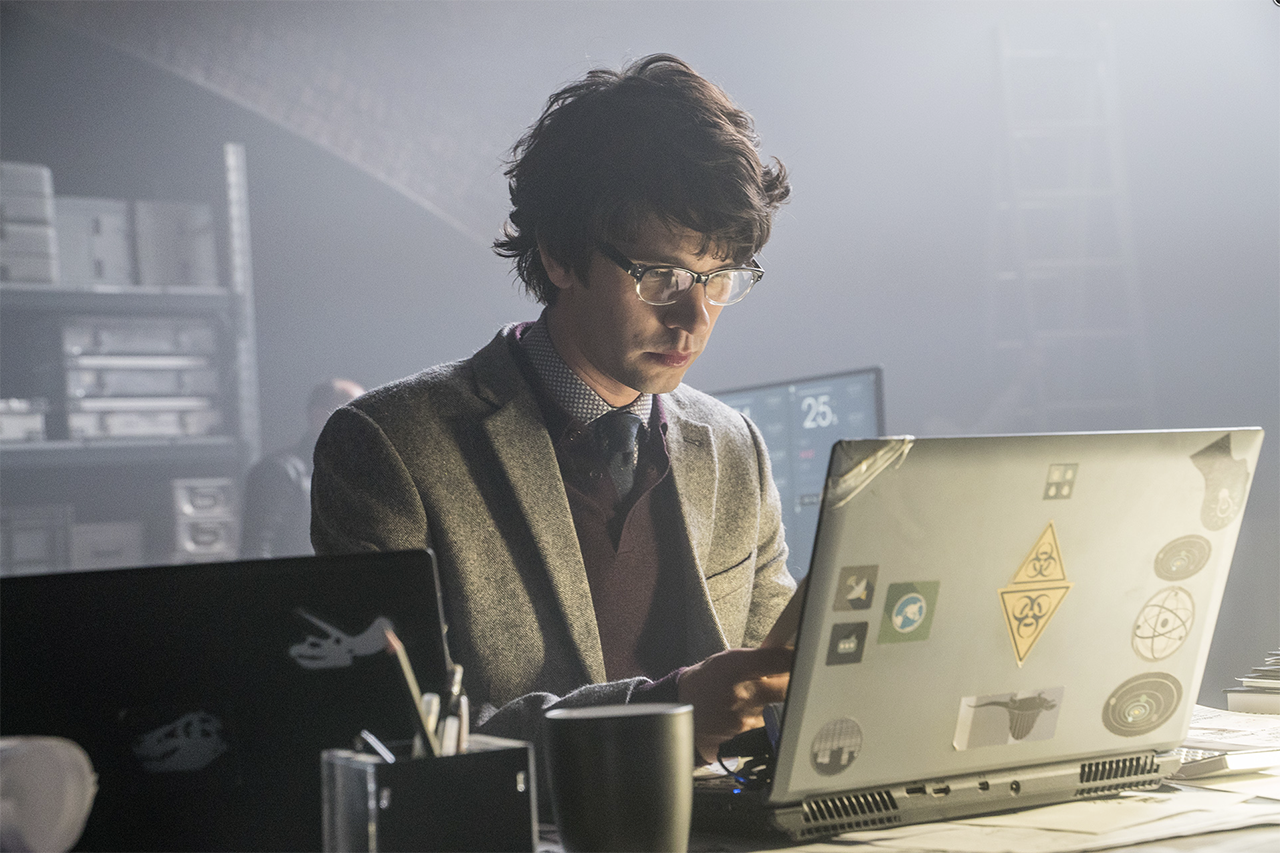 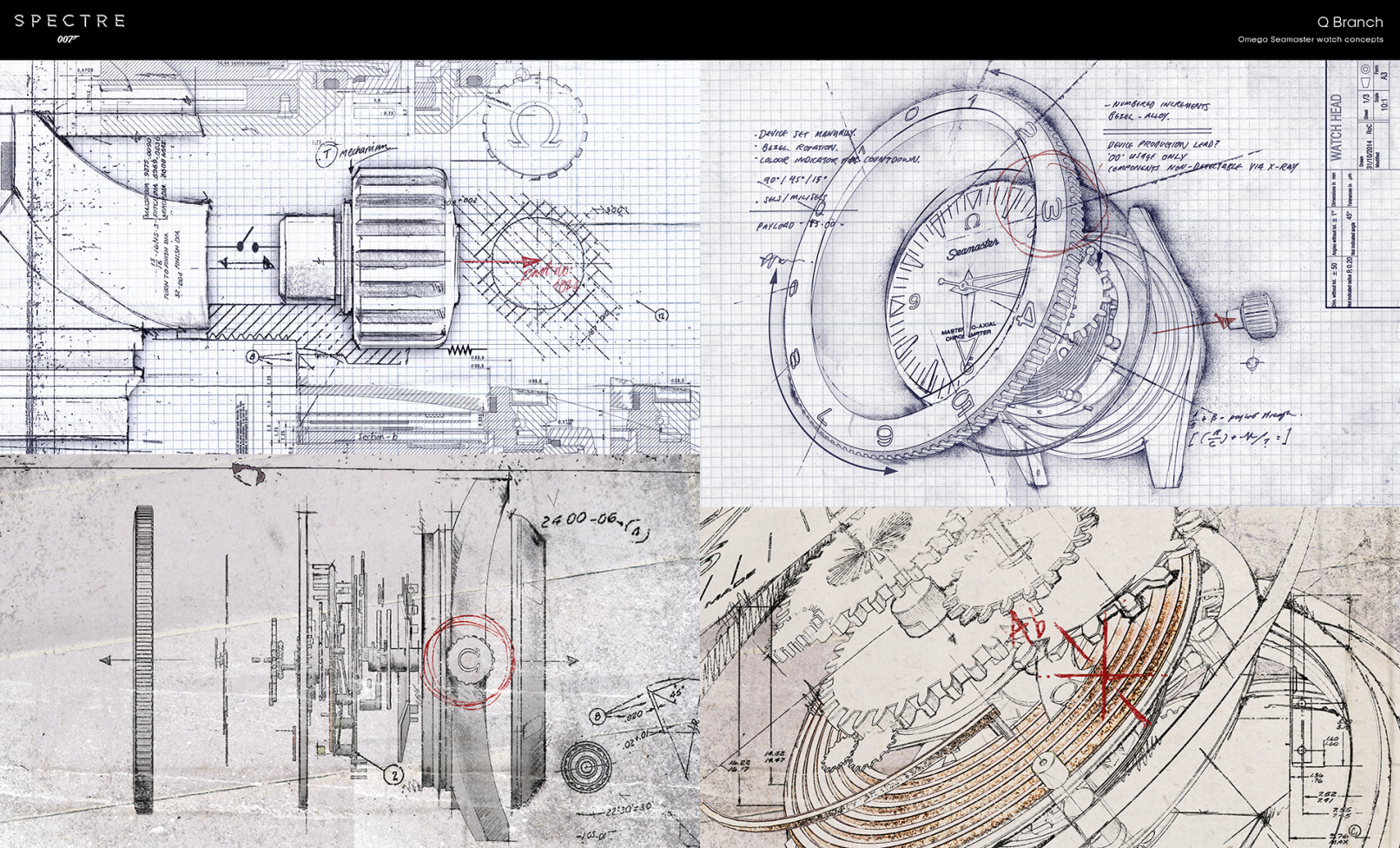 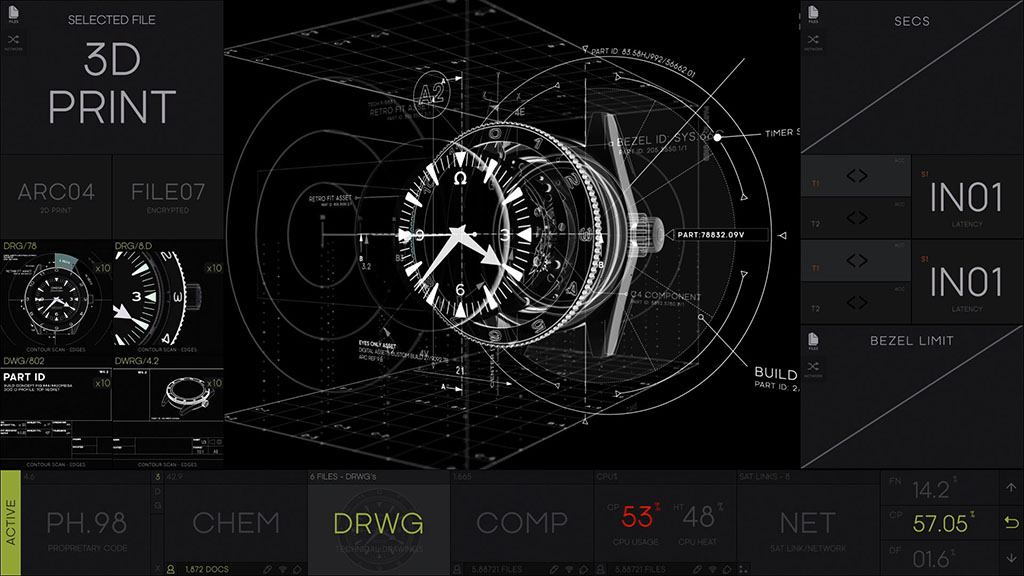 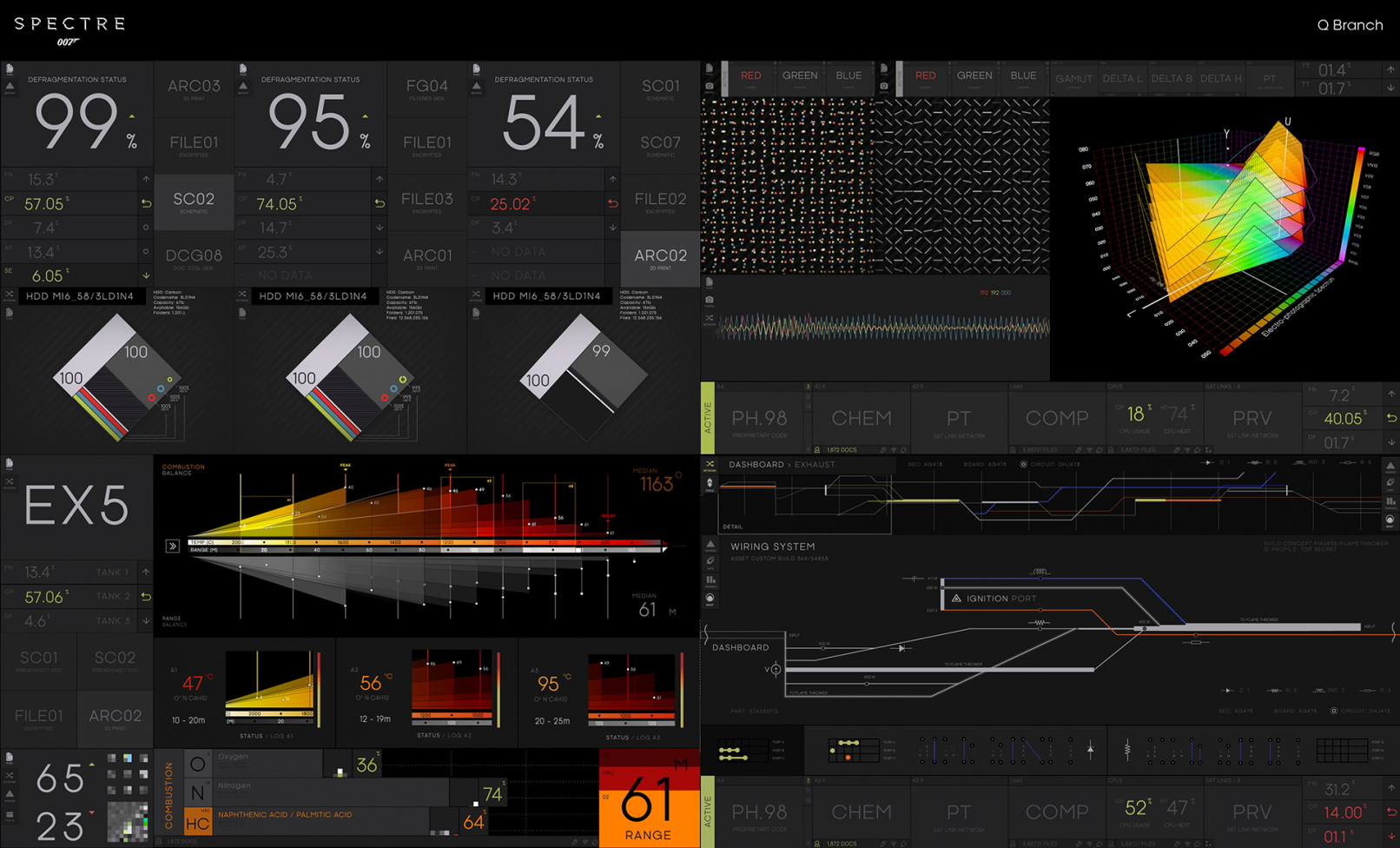 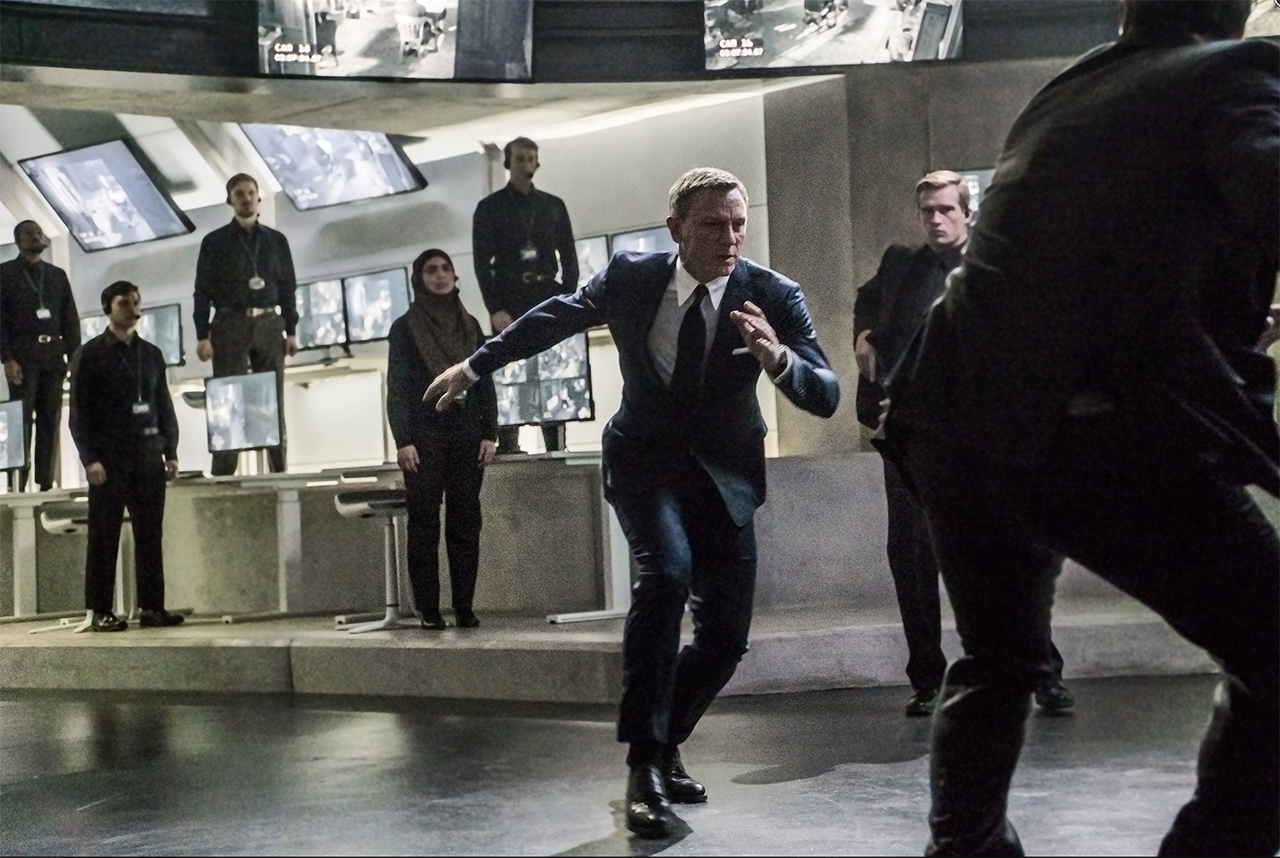 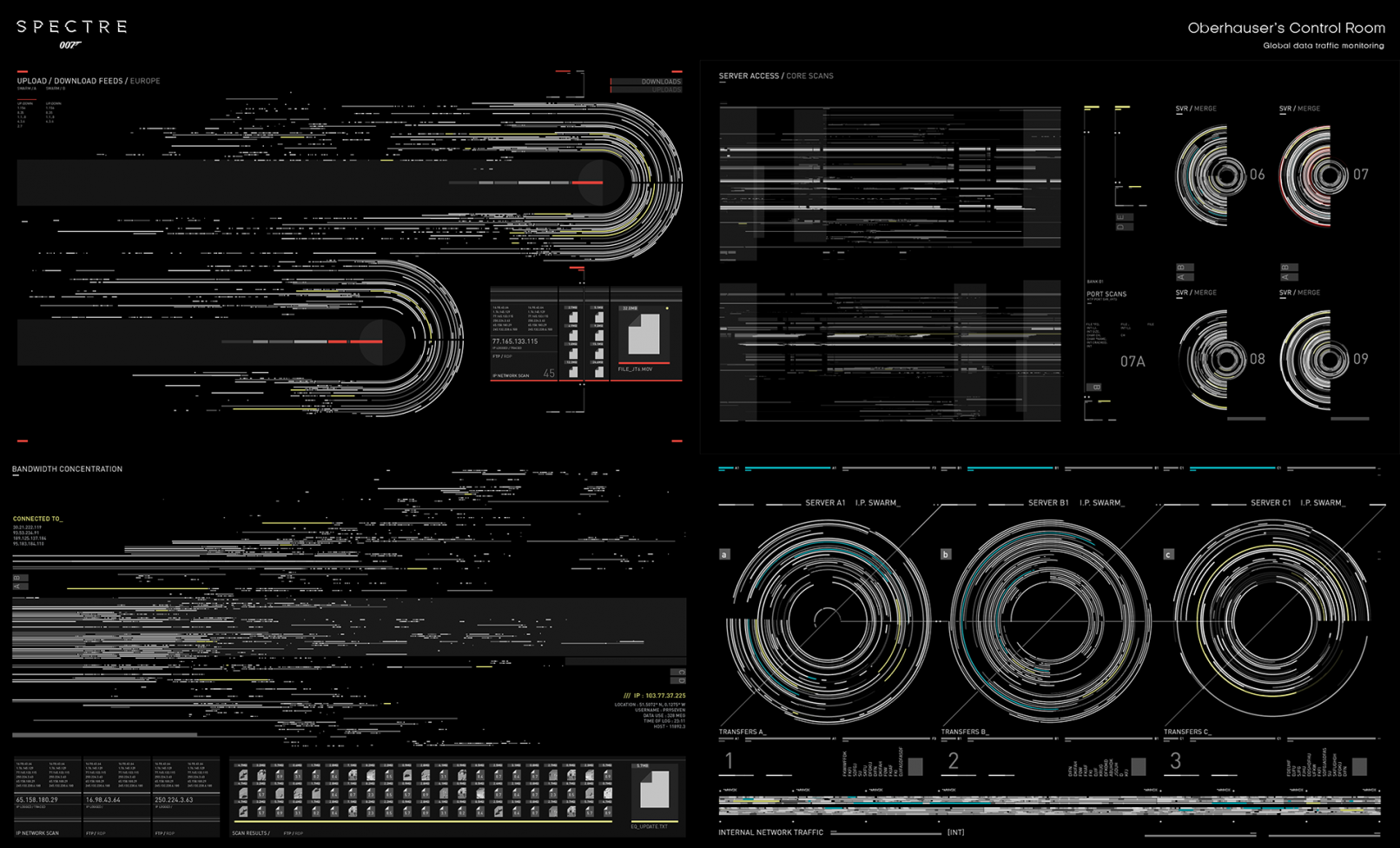 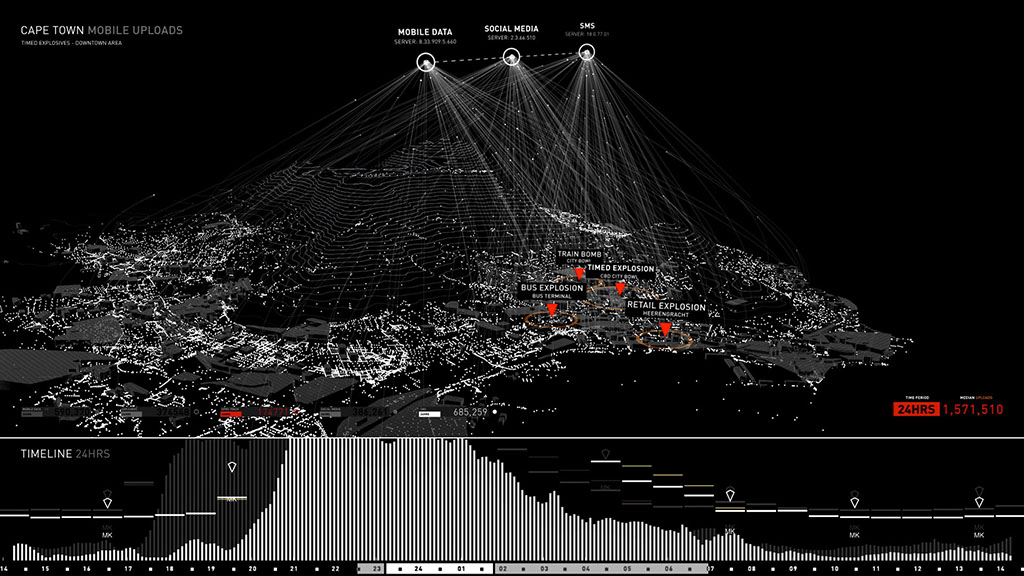 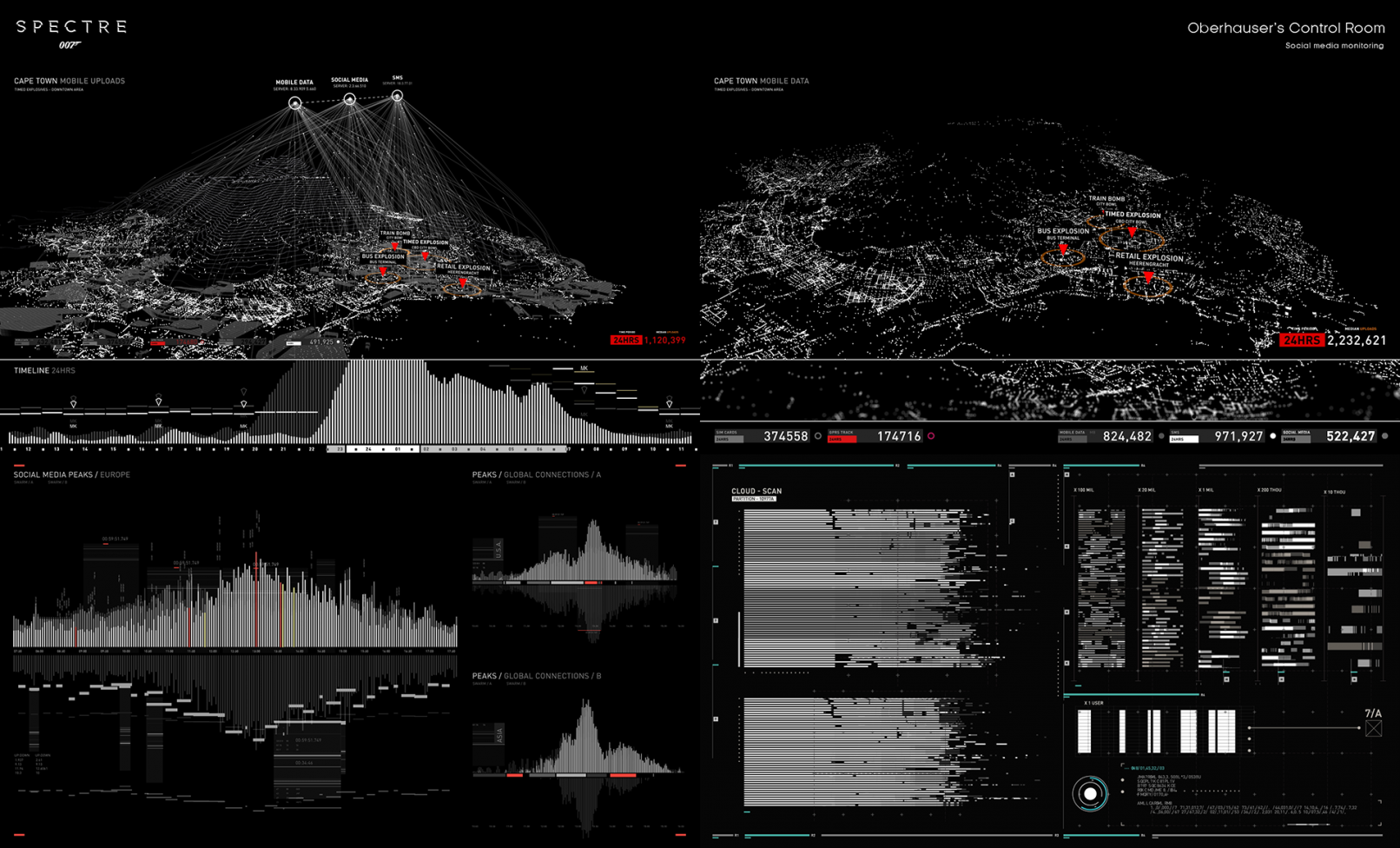 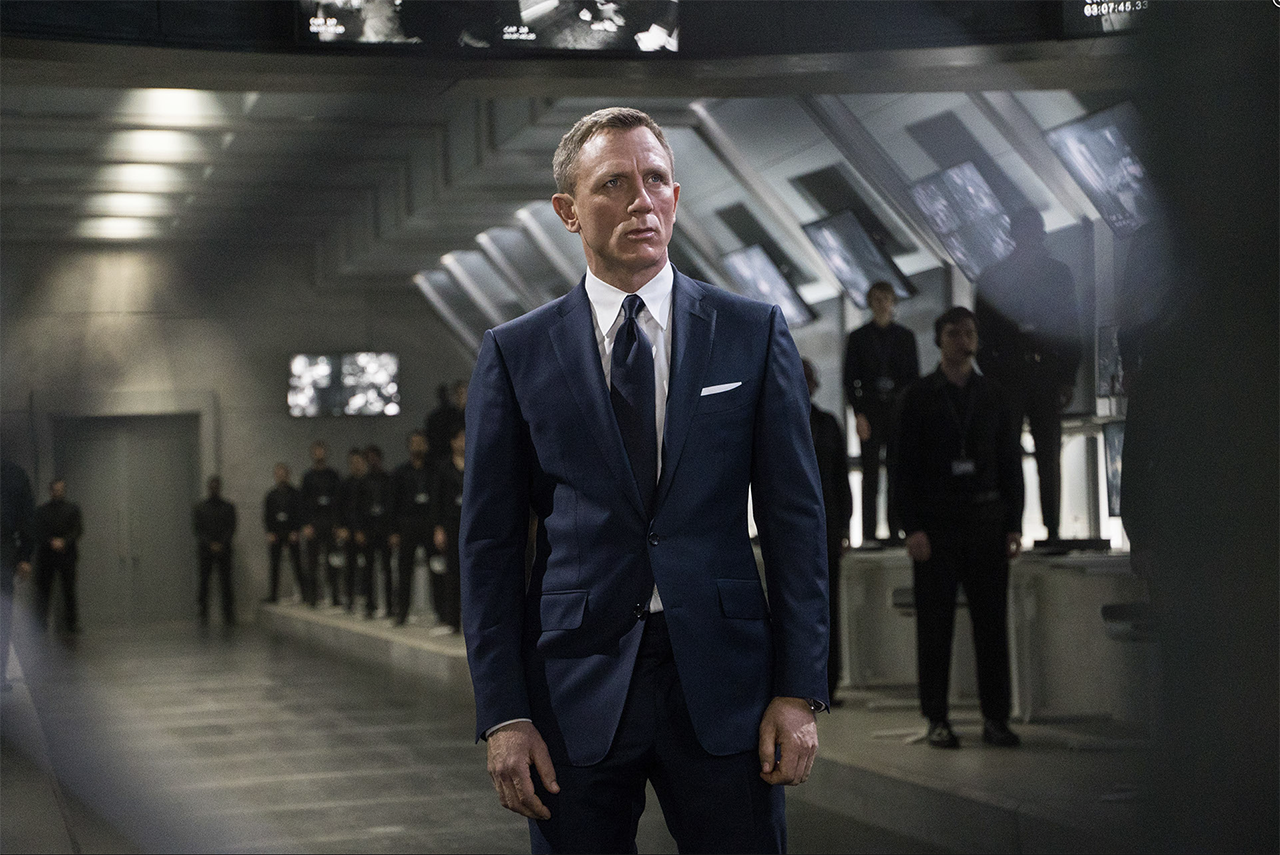 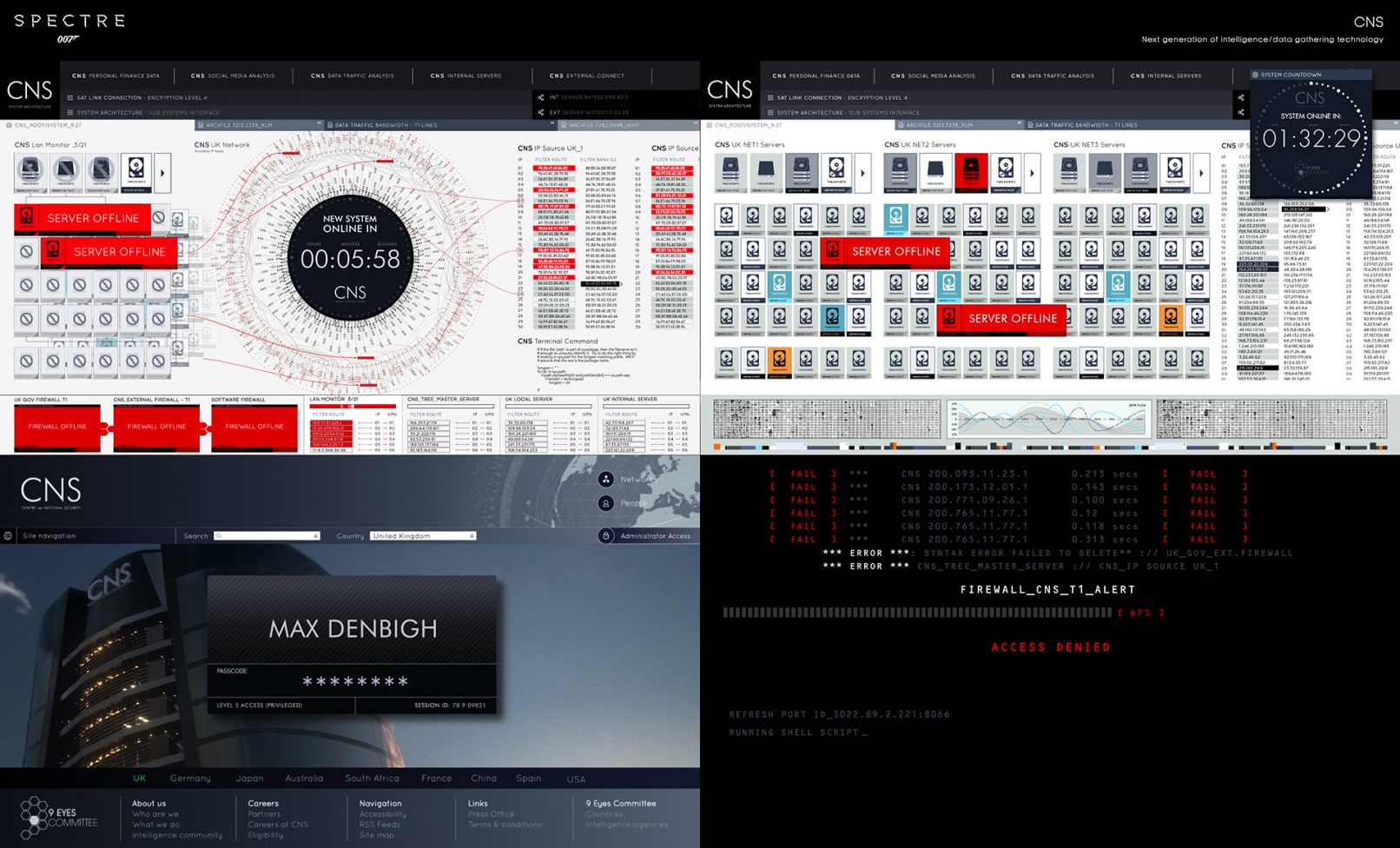 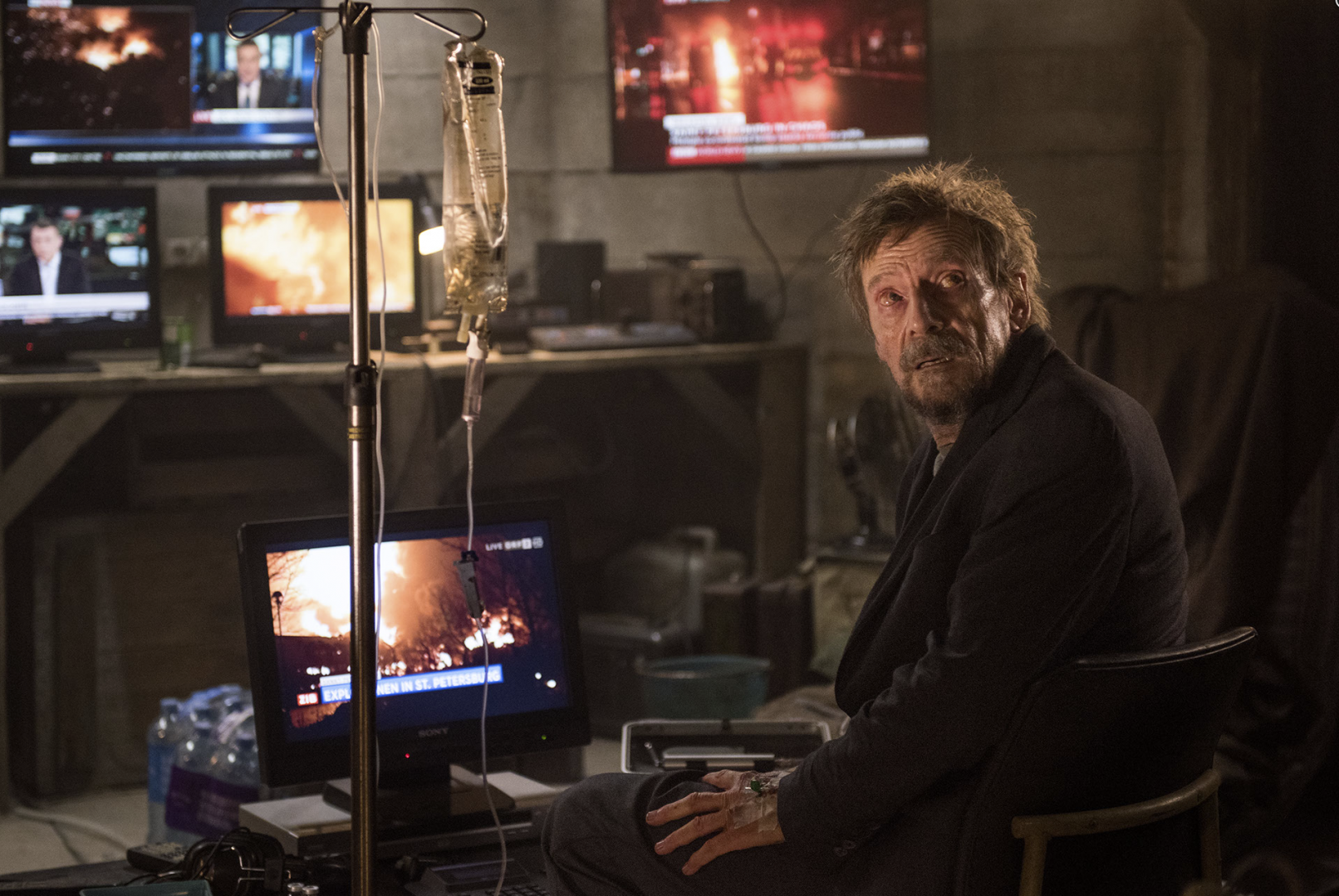